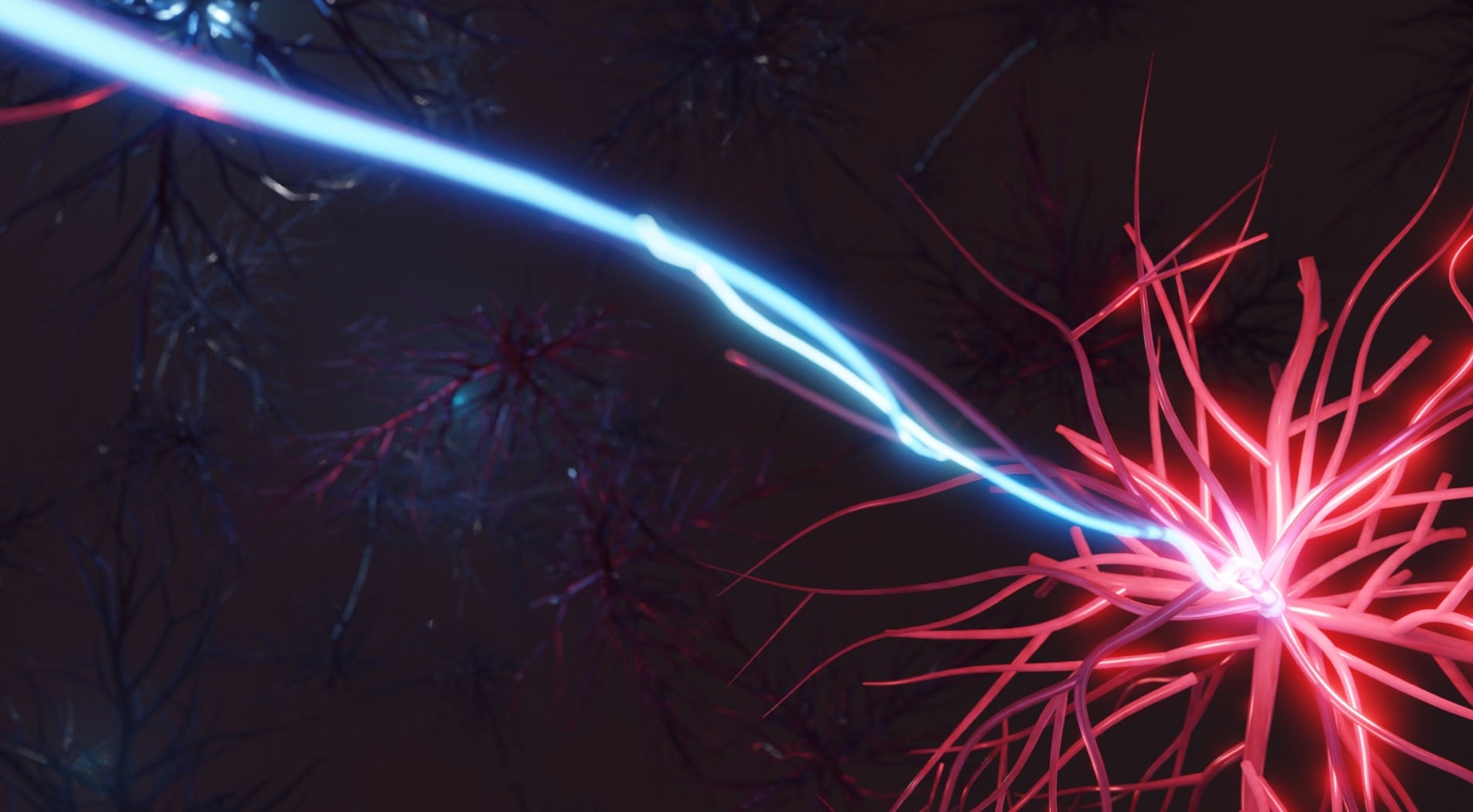 Executive Team
Board of Directors
Scientific Advisory Board 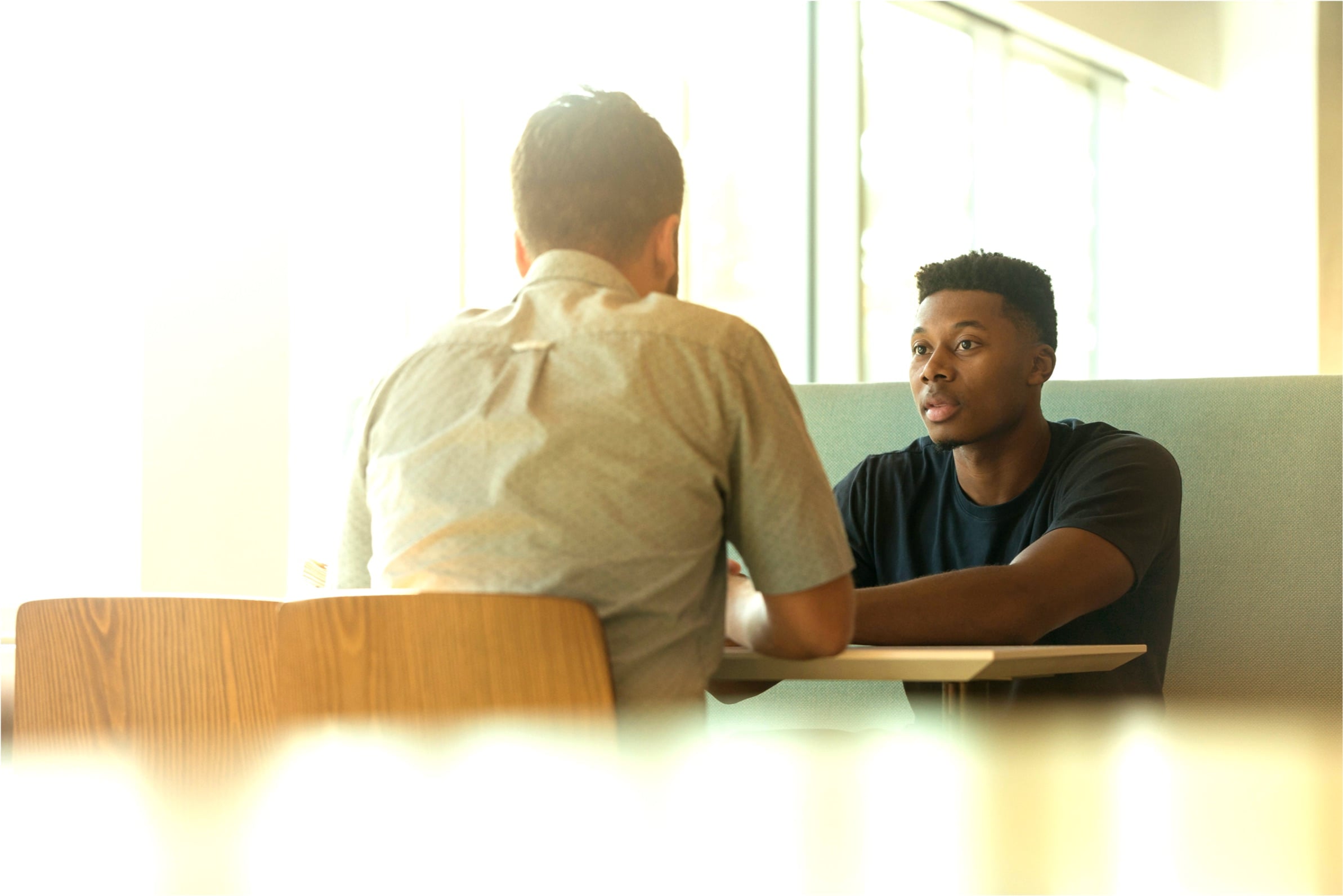 We are a clinical-stage biopharmaceutical company driven to create and deliver transformative medicines for people living with psychiatric and neurological conditions. We pride ourselves on our deep expertise in neuroscience and inventive thinking around drug discovery and development. Since our inception, we have worked relentlessly to advance a pipeline of novel medicines with the goal of making a profound difference in the lives of those affected by these complex conditions. 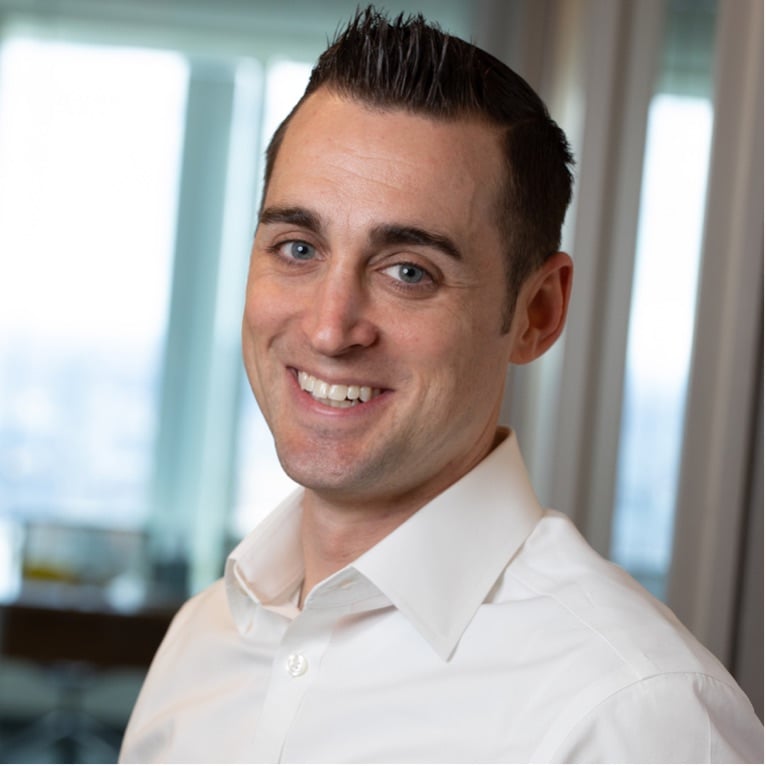 The unmet needs in neuroscience are endless, but ultimately, what we at Karuna have the chance to do is introduce a completely new option into the treatment paradigm for schizophrenia, and hopefully we can be a part of finding other products that have that similar type of potential."
- Andrew Miller, Founder & Chief Operating Officer

Our executive team has deep expertise in neuroscience and is taking the helm in advancing the treatment of mental illness. 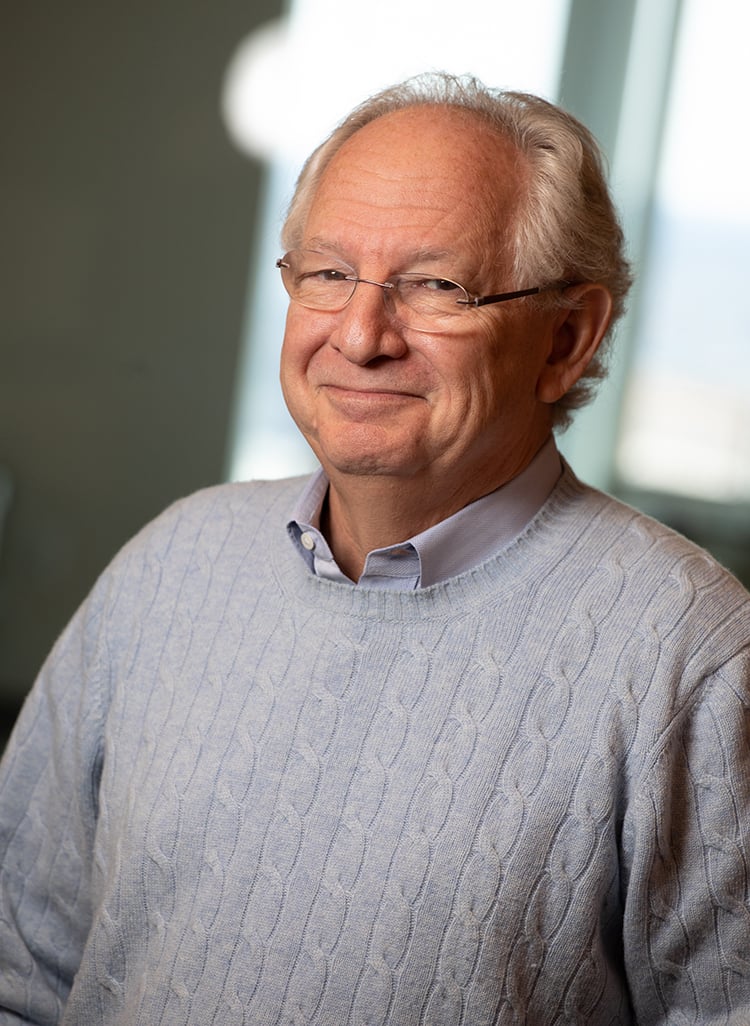 Dr. Steve Paul is the Chairman of the Board, President and Chief Executive Officer of Karuna Therapeutics. He is an expert in central nervous system (CNS) drug discovery and development. Dr. Paul spent 17 years at Eli Lilly and Company (NYSE: LLY), during which time he held several key leadership roles, including Executive Vice President for Science and Technology and President of the Lilly Research Laboratories. At Lilly he was responsible for the company’s overall research and development efforts and helped to oversee the development of CNS drugs such as Zyprexa® and Cymbalta® as well as the development of xanomeline where its antipsychotic and procognitive properties were initially demonstrated. Prior to Lilly, Dr. Paul spent 18 years at the National Institute of Health (NIH) and served as the Scientific Director of the National Institute of Mental Health (NIMH). Dr. Paul is a co-founder and board member of Sage Therapeutics (NASDAQ: SAGE) and a co-founder of Voyager Therapeutics (NASDAQ: VYGR) where he served as President, Chief Executive Officer. Dr. Paul is the former director of the Appel Alzheimer’s Disease Research Institute at Weill Cornell Medical College and is currently a Professor of Psychiatry at Washington University of St. Louis School of Medicine.

Dr. Paul has authored or co-authored more than 550 papers and book chapters. He is an elected fellow of the American Association for the Advancement of Science and a member of the National Academy of Medicine (NAM) of the National Academy of Sciences (NAS). He is also an elected Fellow Emeritus of the American College of Neuropsychopharmacology (ACNP) and served as ACNP President (1999). Dr. Paul is the Chairman of the Board of the Foundation for the NIH (FNIH) and previously served on the Science Board of the U.S. Food and Drug Administration (FDA), in addition to serving on many other advisory committees and receiving many awards and honors for his scientific research. 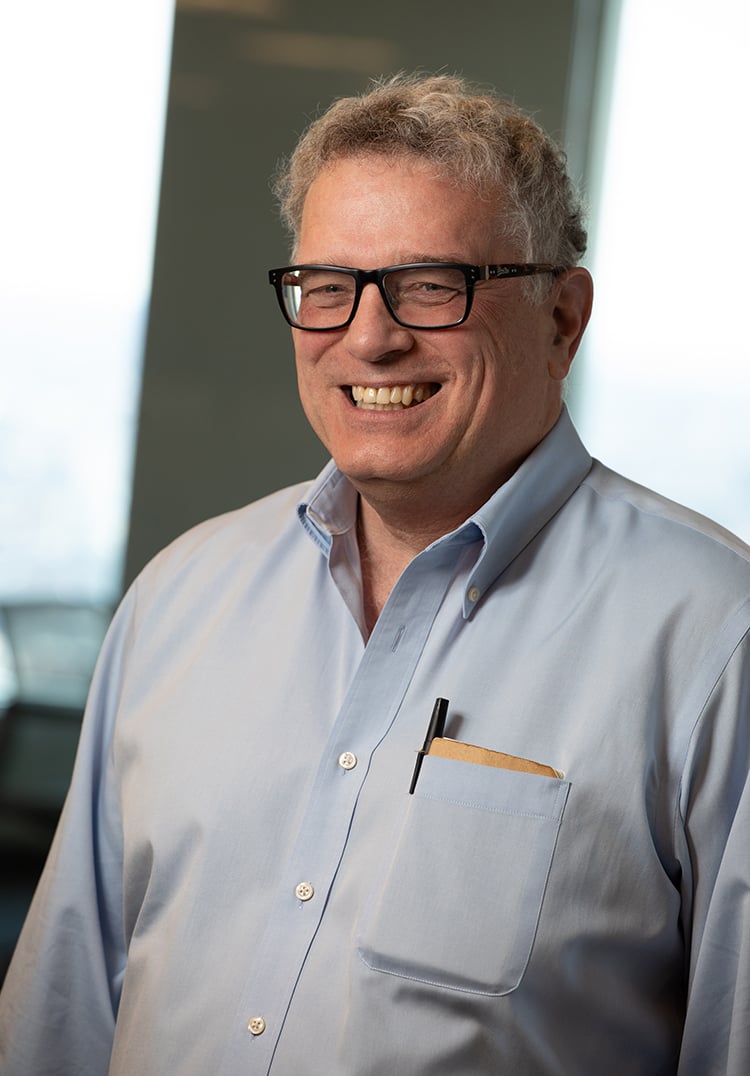 Dr. Stephen Brannan is the Chief Medical Officer of Karuna Therapeutics. He is a neuroscience drug development expert who has held senior positions overseeing both clinical development and medical affairs with more than 15 years of industry experience. Previously, Dr. Brannan was the Therapeutic Head of Neuroscience at Takeda and Vice President for Clinical Research and Medical Affairs at Forum Pharmaceuticals. Dr. Brannan has been active in the development of multiple important central nervous system treatments including Cymbalta®, Exelon Patch®, Trintellix®, and Vagal Nerve Stimulation for Treatment Resistant Depression while holding various senior roles at Forum, Takeda, Novartis, Cyberonics, and Eli Lilly. His experience includes drug development, registration, medical affairs, and launch and lifecycle management across psychiatry and neurology programs. Dr. Brannan is a member of several scientific societies and groups, including ACNP, ISCTM (member of the Executive and Scientific Program Committees), ISCDD, AARR, IOM Neuroforum, and CNS Summit (founding member and member of the Leadership Council).

Prior to joining the pharmaceutical industry, Dr. Brannan worked on the faculty at the University of Texas Health Science Center at San Antonio (UTHSCSA) where he specialized in seeing mood and anxiety disorder patients, ran a clinical research unit, and did neuroimaging research at the Research Imaging Center. He has authored over 40 publications and routinely gives invited talks and presentations at industry conferences.

Dr. Brannan received his bachelor’s degree in History and Science from Harvard College, his M.D. from the University of Texas Health Science Center at Dallas (Southwestern Medical School), and also trained in psychiatry at UTHSCSA. 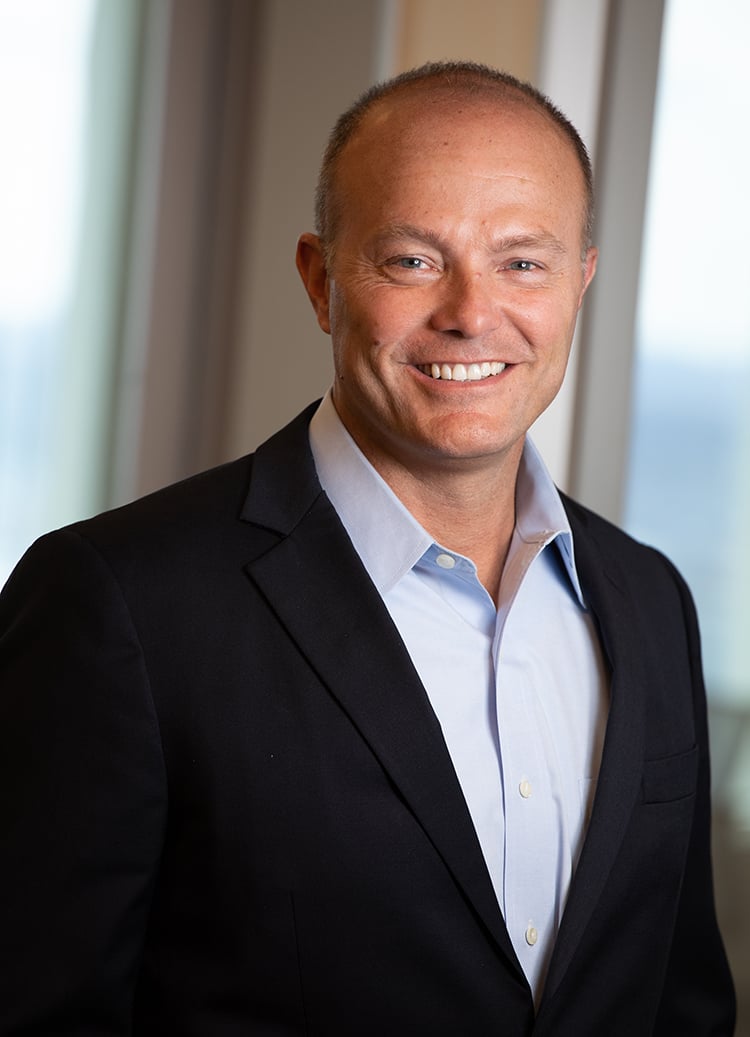 Mr. Troy Ignelzi is the Chief Financial Officer of Karuna Therapeutics. He has more than 25 years of experience supporting companies in finance, business development, and operations. Mr. Ignelzi joined Karuna from scPharmaceuticals where he, in his role as Chief Financial Officer, helped oversee the company’s development from a privately-held clinical-stage organization to a publicly-traded biopharma preparing for commercial launch. Prior to scPharmaceuticals, Mr. Ignelzi served as Chief Financial Officer and a member of the executive leadership team at Juventas Therapeutics. He also previously served as Senior Vice President Operations and Business Development of Pharmalex GmbH, Vice President of Business Development at Esperion Therapeutics, and Vice President, Business Development & Strategic Planning at Insys Therapeutics. Mr. Ignelzi also has previous commercial experience, having launched and promoted CNS therapies while at Eli Lilly. Mr. Ignelzi currently serves as a member of the board of directors of Cincor Pharma and Vedanta Biosciences. 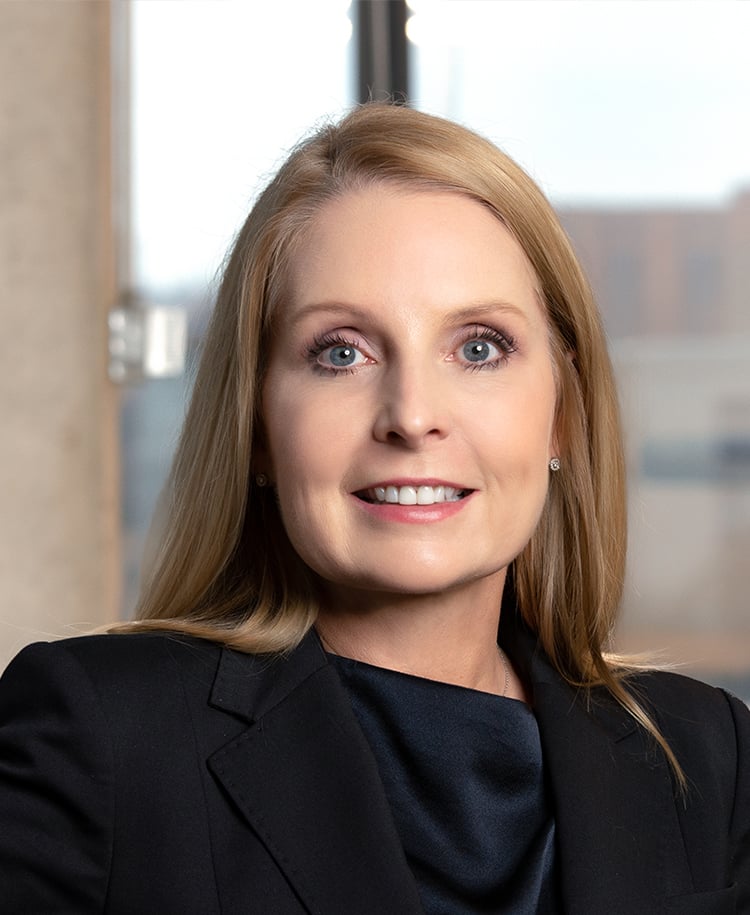 Ms. Charmaine Lykins is the Chief Commercial Officer of Karuna Therapeutics. She has over 25 years of psychiatry and neuroscience-focused pharmaceutical launch experience across multiple organizations recognized as leaders in developing and commercializing medicines for CNS disorders, including Eli Lilly, Lundbeck, Sunovion, and ACADIA Pharmaceuticals. Ms. Lykins most recently served as the Senior Vice President, Global Product Planning and Chief Marketing Officer for ACADIA, where she oversaw their healthcare professional and consumer marketing, marketing operations, and new product planning functions. Prior to ACADIA, she led commercialization and planning efforts for Lundbeck’s portfolio of schizophrenia treatments from early development through commercialization. Her U.S. and global commercialization and strategic planning experience consists of 10 product launches, including REXULTI® in schizophrenia, depression, and agitation in Alzheimer’s disease, ABILIFY MAINTENA® in schizophrenia and bipolar disorder, LATUDA®, CYMBALTA®, and ZYPREXA®, among other medicines representing first-in-class therapies for psychiatric and neurological conditions.

Ms. Lykins received her bachelor’s degree in Chemistry and Honors Humanities from Ball State University and her M.B.A. with an emphasis in international business from University of South Carolina. 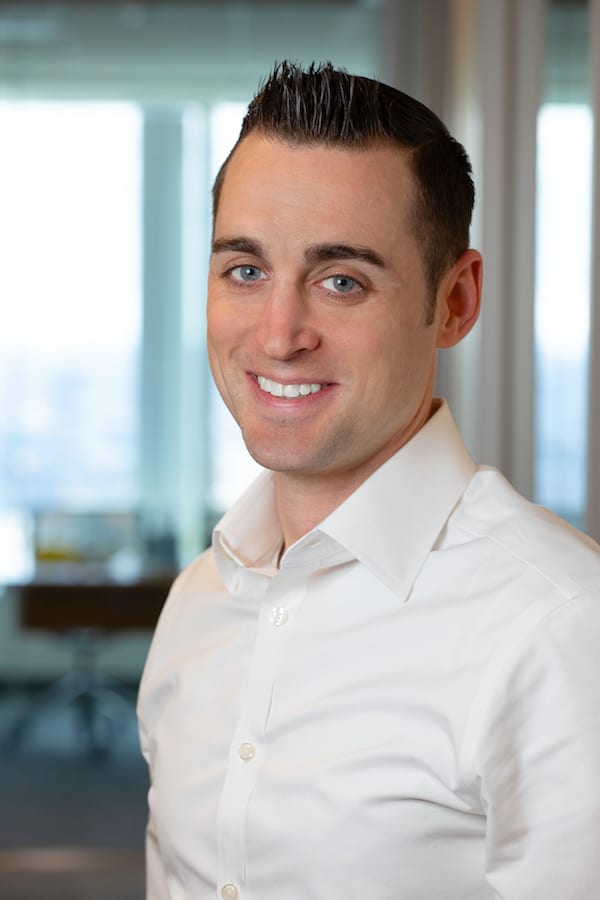